Home > The Inn > History > The Buildings > The Library 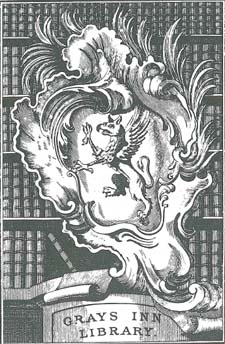 The first evidence that the Inn possessed a dedicated library room occurs in 1488 when one Edmund Pickering bequeathed six books to be chained there. Like many Inn members at the time, Pickering was a gentleman, rather than a lawyer.

His will, dated 26th November 1488, named William Colet of Gray’s Inn as one of his executors. Probate was granted on 28 February 1489. Interestingly, only one of the books bequeathed, a statute book of  Edward III, was of a legal nature, reflecting the fact that in early times, many of those coming to the Inns were sons of the gentry with no intention of practising law. After this, there is no further evidence of the Library until 1555 when Robert Chaloner, who had been Reader in 1522, bequeathed his books and 40 shillings to chain them in the Library at Gray’s Inn. The early law collection was not likely to have been large for the extent of legal literature in those days was very limited.

Inn records from 1568 contain a number of references to the Library. In 1588, Francis Bacon and his brother Anthony were given permission to add two storeys to the Library building. The first indication of unauthorised borrowing occurs in 1645 when it was ordered that noe Reader or other members of this Societie may take away any books out of the Library If this order solved the problem it can only have done so temporarily for by 1729 another order was required. By 1725 there were regular opening hours: 9-1 and 4-7 from Easter to Michaelmas and 3-4 from Michaelmas to Easter: these hours left the Library Keeper plenty of time to fulfil his other role as Butler! In 1750, the Librarian, Fergus Clavering was granted an increase in salary to £30 p.a.. He was so overcome when he heard the good news, that he died soon afterwards. 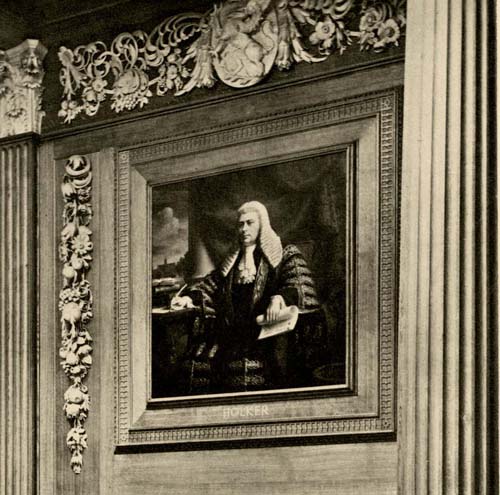 The Library continued to grow over the years. The first printed catalogue appeared in 1872 but there are references in the records to earlier manuscript catalogues as far back as the seventeenth century. A new chapter in the history of the Library began in 1929 when The Holker Library was opened. This magnificent new building with its barrel vaulted ceiling, Corinthian pilasters, ornately carved mouldings and crystal chandeliers was made possible by a generous donation of funds from a trust set up by Master Sir John Holker, who had been Treasurer in 1875. Unfortunately, the new building was short-lived, being destroyed in the Blitz. The major part of the collection was destroyed along with the building though a collection of valuable manuscripts which had been removed to safety beforehand survives.

Within a month of the Blitz, the task of recreating the Library began and in 1946 the collection was moved to a prefabricated structure in the Walks. The present building, designed by Sir Edward Maufe, was opened in 1958.

Including help with legal research and tours of the Library

Get in touch with the Inn's Library