Home > The Inn > History > Women of the Inn > Bertha Cave

Bertha Cave (born 1881; date of death not yet established) is extremely well-known for a single episode in an otherwise obscure life.

In 1903 her application to be admitted as a Bar student at Gray’s Inn was rejected because she was a woman she appealed to the House of Lords; the appeal was also rejected, on the same grounds.

Virtually nothing else is known about her, either before or after the applcation and appeal. The following pages pull together such information as is available. The article on her application is based on Gray’s Inn’s own archives, press coverage of the appeal and subsequent academic studies; the article on her background draws on standard genealogical sources; and the article on the aftermath summarises the press coverage of the “bicycle hearings” of 1904-05, after which – at least for the moment, pending further discoveries – silence. 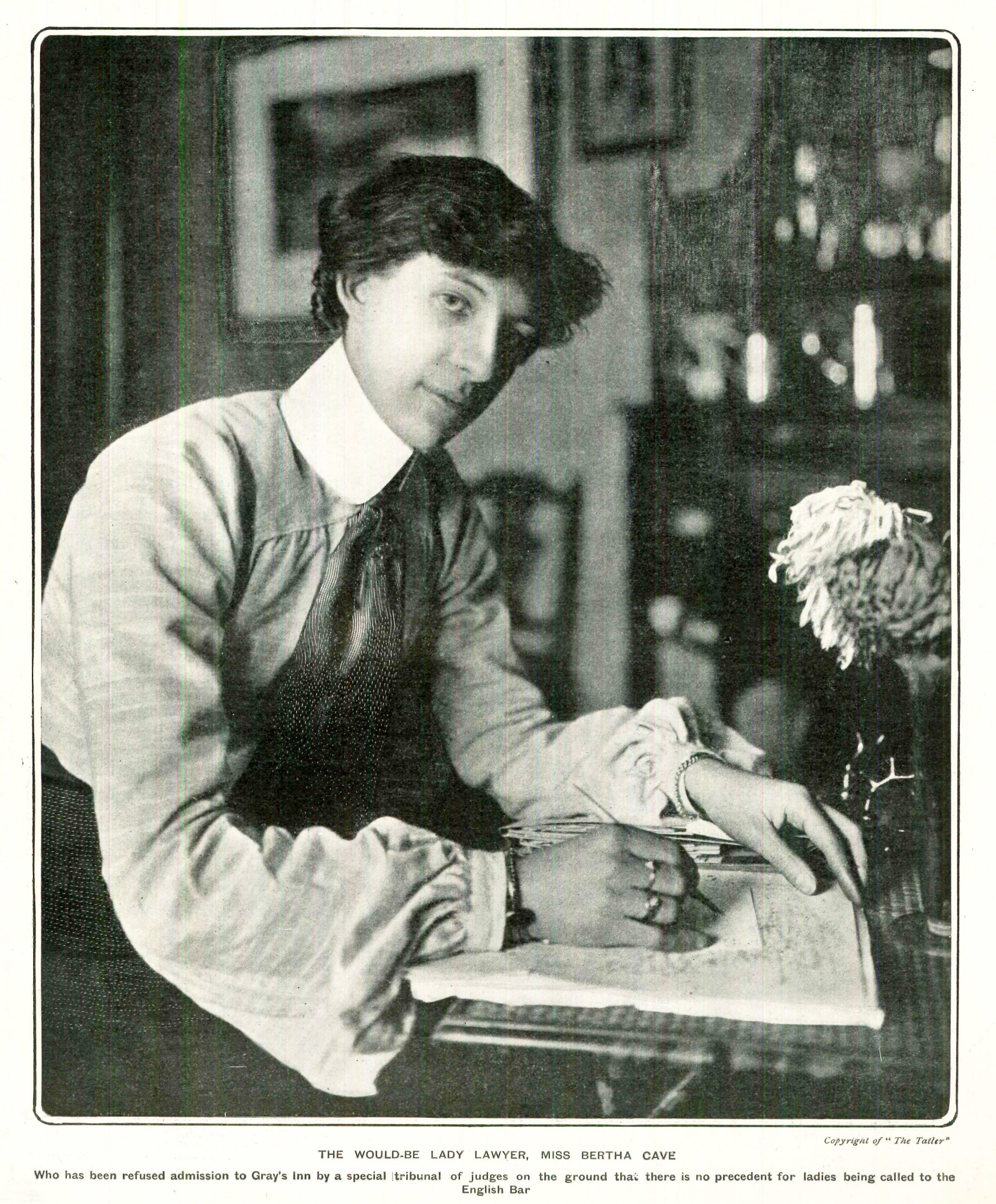 The only known photograph of Bertha Cave, featured on the front cover of “The Tatler” of 9 December 1903 during her brief period of celebrity (gifts of Masters Ma and Muttukumaru)