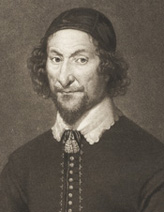 Bradshaw, a native of Cheshire, a Serjeant, judge of the Sheriffs’ Court in London and Chief Justice of Cheshire and North Wales, went on to become President of the Council of State during the Commonwealth. 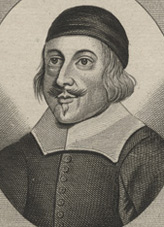 He had the good fortune to die before the Restoration and thus escaped punishment, but his remains were exhumed from Westminster Abbey and displayed in chains, after which the body was beheaded.

Cooke, a native of Leicestershire, had a reputation as a radical and independent lawyer. He was appointed the first Solicitor General of the Commonwealth. He survived into the Restoration and shared the lot of most of the Regicides: after being found guilty of high treason he was hung, drawn and quartered.

Shortly before his death he wrote to his wife:

“We fought for the public good and would have enfranchised the people and secured the welfare of the whole groaning creation, if the nation had not more delighted in servitude than in freedom.”