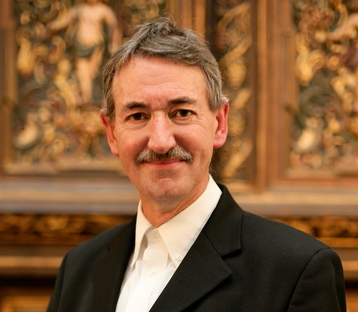 Christopher Bowers-Broadbent was appointed the Inn’s Organist and Choirmaster in 1983.

He began his musical education as a chorister at King’s College, Cambridge, later going on to study organ and composition at the Royal Academy of Music in London, where he soon progressed to become a Professor and a Fellow from 1975 until 1992. He held the post of Organist and Choirmaster at St Pancras Parish Church from 1965 until 1988 and since 1973 has also been Organist of the West London Synagogue where he was appointed as the Director of Music in 2012.

His international organ recitalist career began with his debut recital in 1967 at the Camden Festival. This was followed by major recitals at the Royal Festival Hall (1970’s -), the performance of his first opera, The Pied Piper, in Holland Park in 1972 and his first appearance as a soloist at the Proms in 1972. In 1976 he won the 3 Choirs Festival Composers Competition for Deo Gratias.

A keen exponent of contemporary music, he has given first performances and been part of ground breaking work with the Hilliard Ensemble and Arvo Pärt, and with many others including Gavin Bryars, Henryk Górecki, Philip Glass, Stephen Montague, Robert Simpson, and Priaulx Rainier.

He has made many recordings, particularly with ECM (Trivium, Gorecki and Messiaen) and with other labels including Harmonia Mundi, Hyperion, Nimbus and Priory.

His composition 7Words, an organ solo in seven movements commissioned by the Leipzig Gewandhaus, was further commissioned by the Estonian Chamber Choir in 2006 as a 13 movement work for choir and organ. He has written three short operas, the third of which, The Last Man, was performed in Hall in 2003. He recently composed a fourth opera, The Face, to a libretto by Campaspe Lloyd-Jacob, a barrister of the Inn, which was performed in Hall in October 2012. 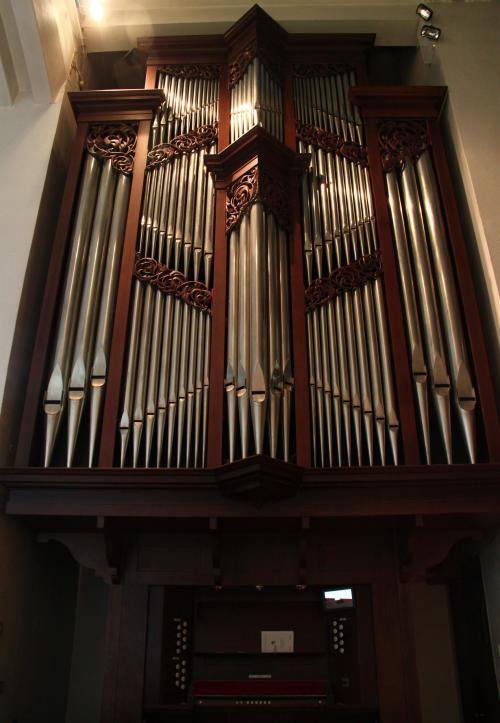 The current organ was completed in the spring of 1993 and was designed to be as flexible as possible given the constraints of space, with particular reference to the requirements of contemporary music. It replaced the previous instrument which was installed when Chapel was rebuilt following the damage it sustained during the Blitz. The casework was designed to be in keeping with the style of the post-war interior of Chapel and is of stained North American hard Maple.

Its specifications are as follows: