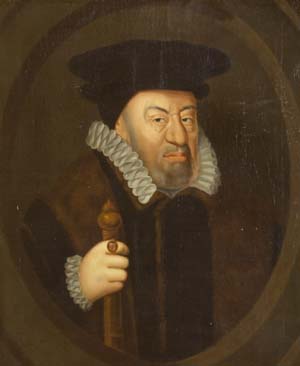 Amity refers to the special relationship between the Honourable Societies of Gray’s Inn and the Inner Temple.

The first use of the term is found in the Inner Temple records for 1561 (thus predating the surviving records of Gray’s Inn), in the account of a dispute between the Inner and Middle Temples regarding the jurisdiction over Lyon’s Inn (an Inn of Chancery). The dispute began a year earlier when the Middle Temple addressed a petition to the Lord Keeper (as well as distinguished Gray’s Inn Bencher and father of Francis Bacon), Sir Nicholas Bacon (portrait left), asking that Lyon’s Inn might be taken away from the Inner Temple and transferred to them. Upon Middle Temple’s defeat in the matter, on 16 November 1561, Sir Nicholas was described in the Inner Temple record as “of the company and fellowship of Gray’s Inn, which have been of ancient amity, familiarity and friendship with this our House”. 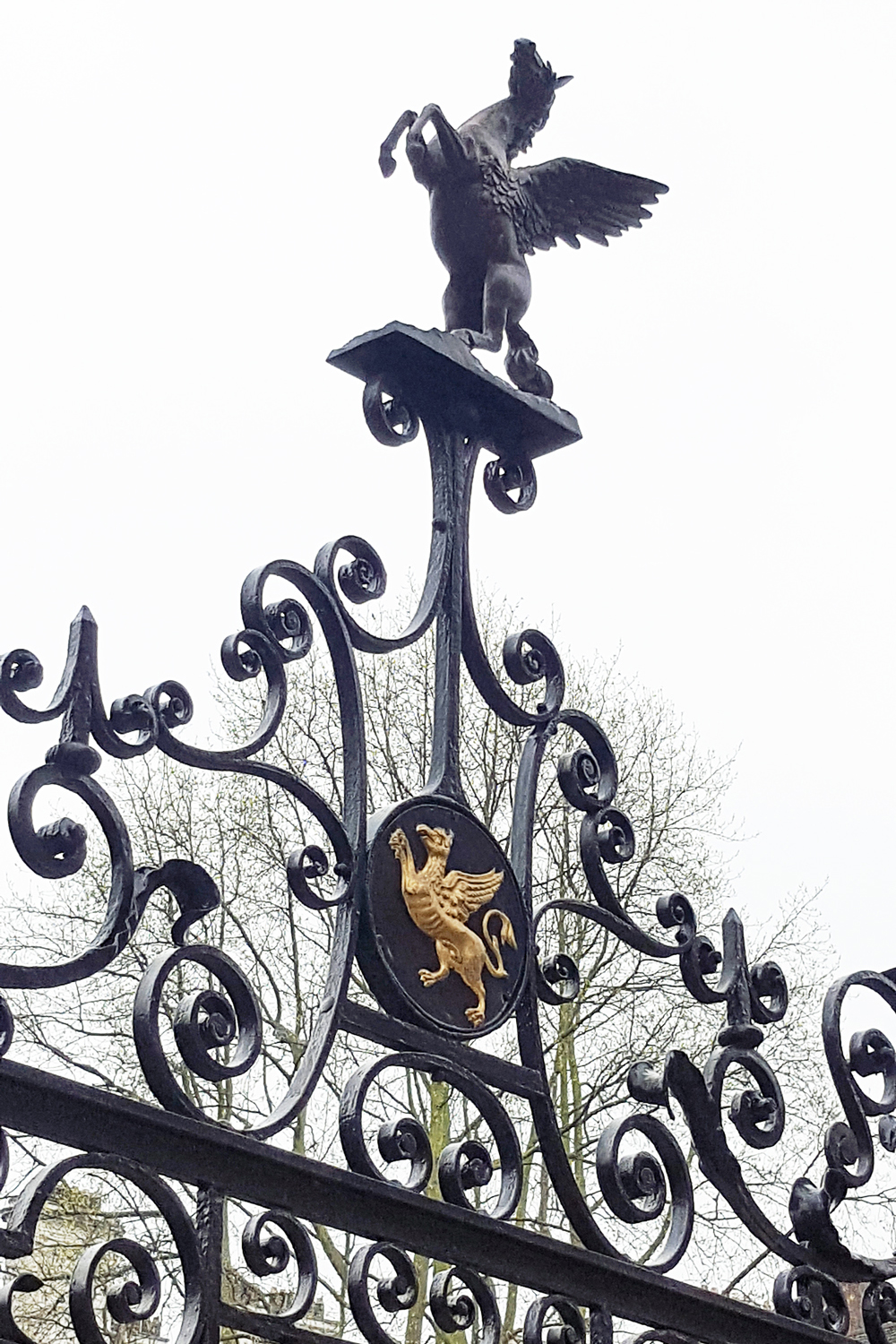 This union was celebrated in many of the masques for which Gray’s Inn was known in the later sixteenth and early seventeenth centuries, such as the 1594 Gesta Grayorum and Fletcher’s masque of 1613, and dinners between the two Inns celebrated this close relationship.

The symbolic representation of this relationship is seen in the relief of the Inner Temple Pegasus over the gateway forming the exit from Gray’s Inn Square into Gray’s Inn Road (see header), and in the oval plaque of the Gray’s Inn Griffin on the eighteenth-century gateway into the Inner Temple gardens (see right).

The idea of this “ancient amity” was revived in 1926 by Sir Francis Kyffin Taylor, of the Inner Temple, and Sir Dunbar Plunket Barton, of Gray’s Inn, who proposed an interchange of dinners to commemorate this ancient relationship. Such “ancient amity” dinners continue to this day.